How to get rid of wasps

Wasps are probably the insect that causes the most concern in New Zealand. Wasp stings hurt and they can be dangerous! Preventing wasps building nests in the first place is the best form of control and can be achieved quite easily with some good home maintenance and the correct wasp control products. Due to the safety concerns, removing wasp nests can be a lot more difficult. However, with the new PestXpert Wasp Jet Long Reach aerosol, homeowners can deal with many wasp nests with confidence.

However, safety should always be your first concern and if you are not confident in dealing with it yourself, call your council or a professional, especially if you suspect you may have German or European wasps.

There are four species of pest wasp in New Zealand, all introduced species; the Australian and Asian paper wasps, and the German and European wasps. These are all social insects, meaning they build large nests and have a complicated colony structure. They all have a similar appearance; large insects with a narrow “waist”, an abdomen that narrows to a point (this is where the sting is!) and have warning colourations (red, yellow and black).

There are also a number of native wasps in New Zealand. These are a number of solitary, native wasps, many of which live in burrows in the ground. These wasps can be very large – the giant ichneumon wasp can be up to 10cm long – but are not a danger to humans. There are no native, social wasp species in New Zealand that can make large nests that become a pest problem.

SIGNS OF AN INFESTATION

SAFETY CONSIDERATIONS: For direct treatment of nests can be dangerous, especially for European wasps due to their aggressive nature. In addition European wasps often build their nests underground, which makes it difficult to make sure you hit the nest with the insecticide. You may not know the size of the nest, especially if it is underground, making it difficult to know how much insecticide to use. As such it is recommended that PestXpert Wasp Jet only to be used against exposed, above ground wasp nests such as paperwasp nests or small European or German wasp nests.

To spray a wasp nest, spray in the evening or at night – all the wasps should be in the nest and they will be calmer (until you spray!). Make sure you have suitable safety clothing on and have a quick escape route (standing on a ladder is not a good idea). If you need to use a touch, put a red filter in front of the light – insects cannot see red light and so will not be disturbed. When you spray the nest, make sure you spray to excess, coating the whole nest and as many wasps as possible. If you are at all unsure, contact your local council or a pest professional. 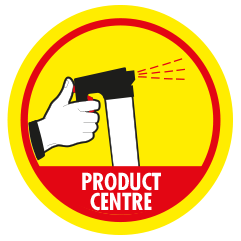 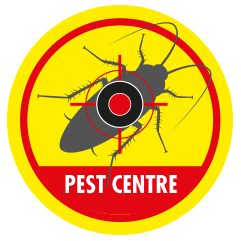